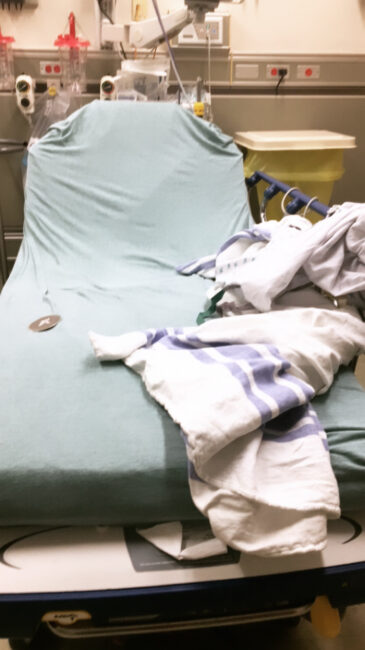 It had never been hard for us to get pregnant. I never had even heard of secondary infertility. My assumption was if you got pregnant easily, then that was just how it went. I also had no idea that hypothyroidism can cause miscarriage.

The first two pregnancies and a loss

With Keaton we got pregnant on accident. I had been keeping track of my cycles, but not very carefully. It was unexpected, but not unwelcome.

When Keaton was two we started trying again, I had a very early miscarriage. I would have probably thought it was just a late period, if I hadn’t been keeping track of my cycles so carefully. Even then I was using the Ava Bracelet. I struggled with that loss. We were really excited to be pregnant again, and even the hormones of an early loss are a wild ride. I also didn’t feel like I could talk about it. I had started to be open, but some people said because it was so early it didn’t count as being pregnant. Please, don’t ever say those words to anyone you love. We got pregnant with Cedric after only a couple more months. There are 3 years and 3 months between the boys.

I started to suspect I had hypothyroid issues after Cedric was born, but the doctor I was seeing just blew me off. So, when we tried to get pregnant again, we were hoping our third baby would be closer in age to the other kids. Instead, we ended up struggling with what I learned they called secondary infertility. I had Naively assumed, once you had a baby getting pregnant again would be easy. I wasn’t until we had been trying for our third baby for nearly a year that I started researching secondary infertility. We started trying to get pregnant in October of 2018. We didn’t get pregnant with the baby we lost until October 2019.

A month or two before I got pregnant, I started realizing my health was out of control. I was exhausted all the time. Family commented on it because I used to be so energetic. Plus, I knew it wasn’t normal for it to take that long for me to get pregnant, so I decided to get a second opinion.

The week before my positive pregnancy test, I finally had my appointment with the new doctor. I had a full panel of blood work done and come to find out I was hypothyroid. She said the secondary infertility had been a mercy, my numbers were so bad I would have lost any babies we had tried to conceive. She started me on medicine that day.

About a week later, I took a pregnancy test, and it was positive. For a few days I was terrified, looking for blood every time I went to the bathroom. Was it too soon? Had the medicine had enough time to work? Days passed and I slowly started gain a sense of peace. We were having a baby! The wait was over, and soon I would have a little one I had dreamed of in my arms.

Ten days after the positive pregnancy test, I started bleeding. At first, I thought it was just over, but I learned you can bleed when your progesterone is low, so we decided to go to the hospital. I messaged my family saying “This isn’t the pregnancy announcement I wanted. We are headed to the ER. I’m bleeding quite a lot. I’m worried we are losing the baby we waited a year to conceive. I know this is far from conventional, but I’m scared, and I want everyone praying for this little peanut.”

Waiting in an emergency room feels like forever. Not knowing if our baby was safe, or if the long minutes of waiting would be the difference between life and death. Not knowing if it was already too late. Before we had gone to the hospital, was a little easier, because I had closure. Having the hope that maybe our baby would be okay. The in-between, the not knowing was the hardest part of the whole experience.

Finally, I had blood drawn and an ultrasound. But the ultrasound was empty. I told myself maybe the baby was just too little for a heartbeat. Maybe they could see something I couldn’t. I just kept hoping.

Then the doctor came in. The worst thing is when a doctor comes in and looks at you and you know they feel bad for you. As the doctor started to talk, the blood pressure cuff just kept tightening on my arm, because it couldn’t get a good reading. The doctor was so upset for us, and that he couldn’t get the words out that finally he just ripped the cord out of the wall.

He explained that my progesterone showed we had lost the baby not long after the positive test. My body had just not decided to birth our lost child until today. There would be no baby.

We gathered our things to leave, as we were about to walk out the door I turned and looked back at the bed. It was empty. That moment I realized I had nothing from this baby. No photos, no clothes, paperwork of any kind to show this beautiful one had ever existed. So I took a photo. The only thing I had to show the child I had prayed for. 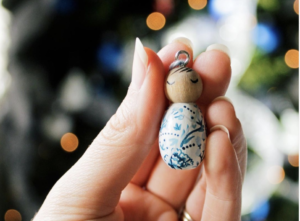 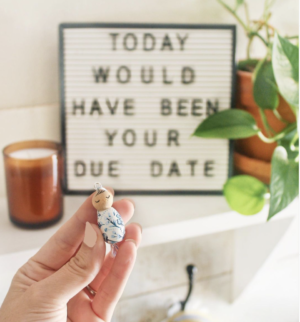